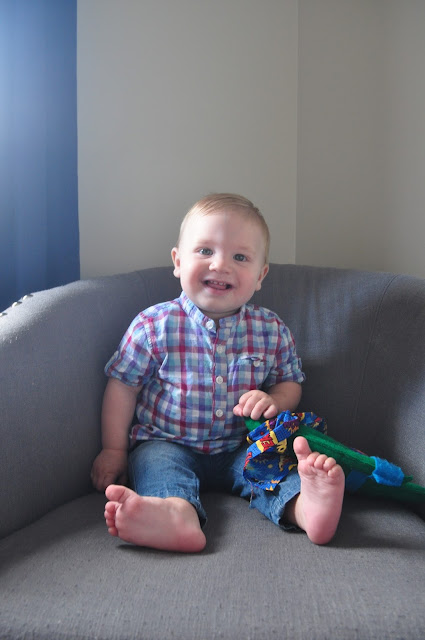 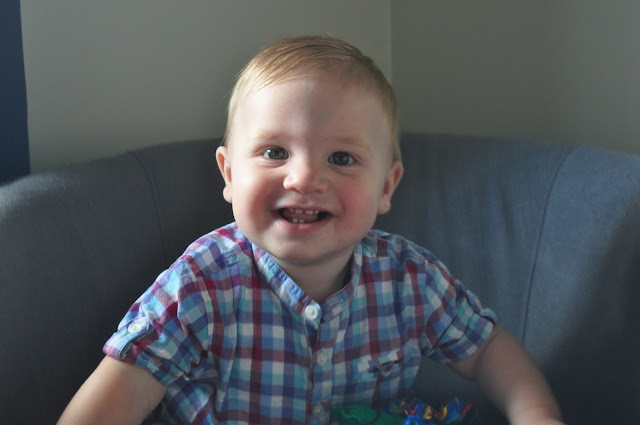 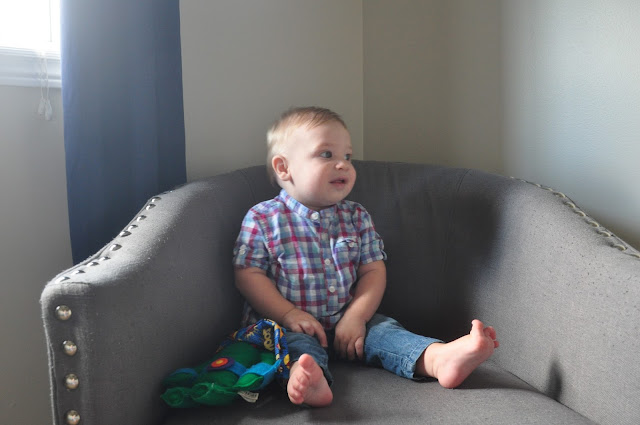 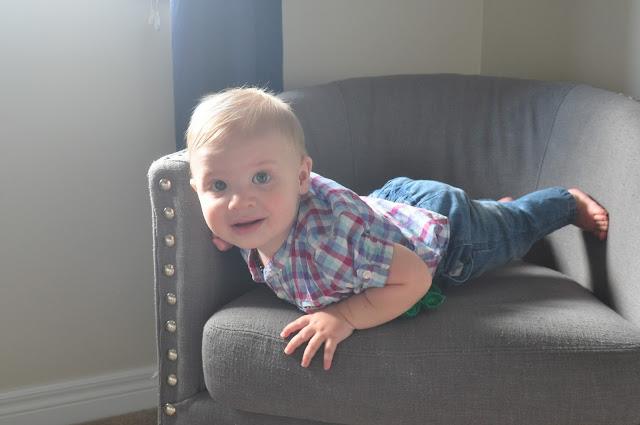 Our little big man is 8 whole months old this week. We are so close to a year I can't believe it. It still feels like yesterday I held his beautiful warm newborn body against mine.
Today I caught him rocking to the beat of songs on Gemma's iPad and even when she was singing. He is clearly a music lover just like his sister. Elliot is a strong crawler and only getting faster. In the last week he has been practicing hard at pulling to a standing position and even trying to stand from his crawling position. He almost always falls flat on his forehead. Poor little bubbie boo.
He's also responding to his name and his nicknames. Gemma is still calling him EyeLet and Eyelettee. Speaking of his sister she is definitely his favourite. If he wakes up grumpy I just take him down stairs and that frown turns right side up the second he sees or hears her. Whenever he is crying over a little fall or frustration over a toy, Gemma comes running saying "it's ok! it's ok! Gemma's here" and he stops fussing instantly. Their bond is so strong and melts my hormonal heart.
Elliot is going through a growth spurt at the moment so he's having a few to one wake ups a night for more milk. But normally sleeps from 6:30pm to 7am. He's also having a hard time napping and falling asleep on his own while he's learning this new standing thing. He likes to fuss and crawl around and practice pulling himself up on his crib rails before he falls asleep. I also think he might be trying to suck his thumb that little cutie pie.
This weekend we leave for our first camping trip! Wish us luck!

Love and Hugs
Posted by The Sentimental Suitcase at 6:30 PM

Email ThisBlogThis!Share to TwitterShare to FacebookShare to Pinterest
Labels: Elliot

The Sentimental Suitcase
Cambridge, Canada
I became a new Mom in September 2012 and am trying to be good at it. The jury is still out.... Thanks so much for coming over to visit. love,love,LOVE!

Disqus for The Sentimental Suitcase